The Rocking Horse Cafe
"The Rocky!"

When Andrew’s neighbour asked for support and backing to set up a cafe on the neighbouring farm, he was happy to help but the business relationship was short lived. At the end of it, he was leasing a farm complex with a garden and extensive outbuildings and running a catering business he knew nothing about. What next? For a man who couldn’t even make soup, the answer was find someone who could.

He recruited some of his former business team to help re-brand The Rocking Horse Cafe – a name suggested by Andrew’s friendship with National Hunt champion jockey, Richard Dunwoody – the cafe initially opened on 17th April, 2017. Richard supplied the gallery element: his magnificent photographs (primarily aerial) of the Northumberland coastline and castles hang on the walls. His ‘Northumberland Collection’ is sold exclusively in the small shop, along with a selection of local crafts and produce.

The Rocking Horse Cafe occupies the old dairy, with overflow into the attached farmhouse and access to tables in the garden. A cosy snug caters for more reclusive spirits. In its short existence, it is currently rated the leading cafe in Northumberland by Trip Advisor. 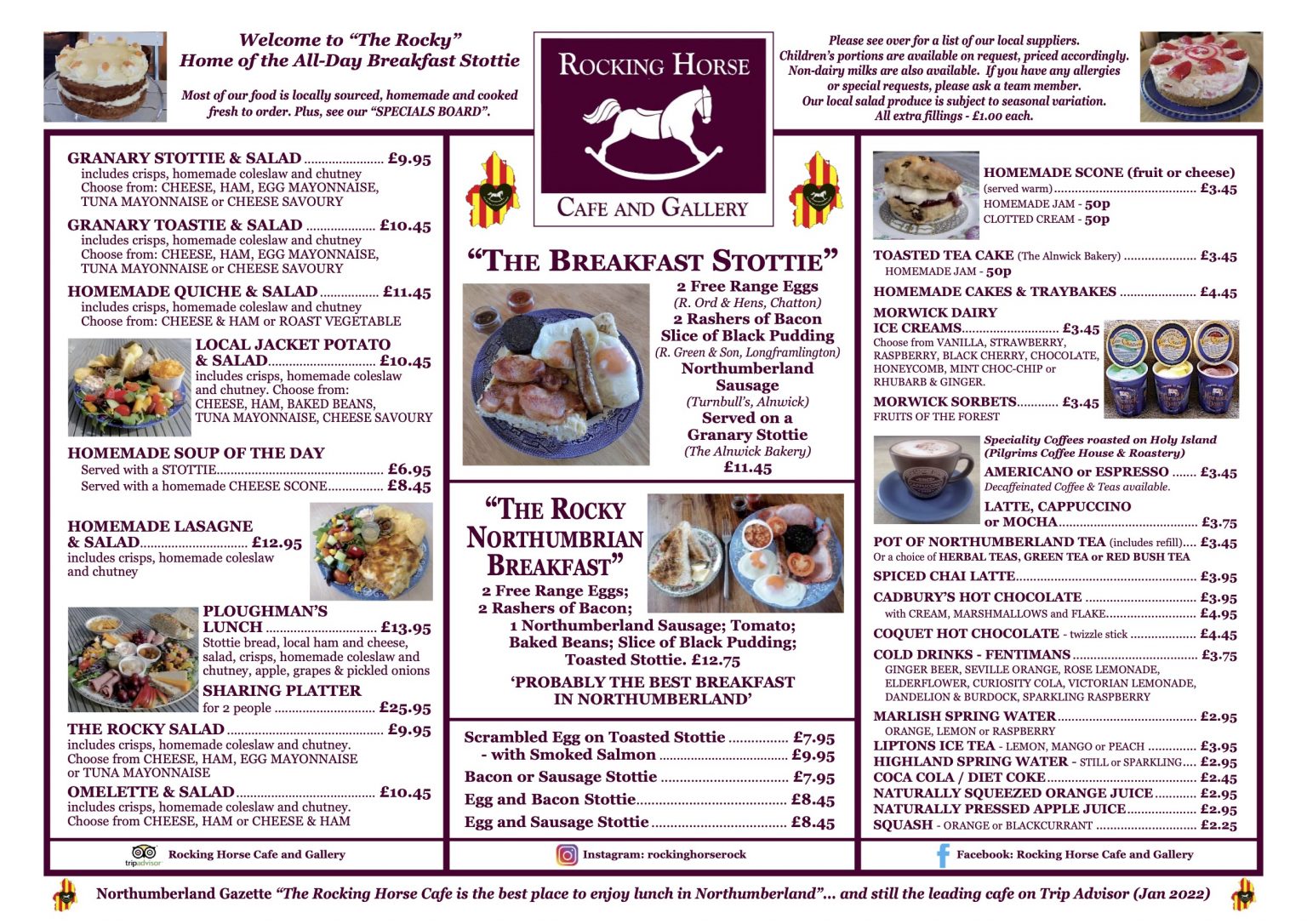 Our mantra at the Rocky is to use as many Northumberland products as possible. We’ve reached out to farmers and suppliers to find the tastiest, freshest items for a menu that showcases regional excellence. The all-day breakfast open stottie, packed with super indulgent goodies – bacon, sausage, eggs – is the lynch pin. Everything is cooked fresh to order while guests relax over speciality Pilgrim’s coffee roasted on Holy Island. We extend our ‘Northumberland is best’ mission statement to hiring the right people: today’s customer is often tomorrow’s waiter/waitress. 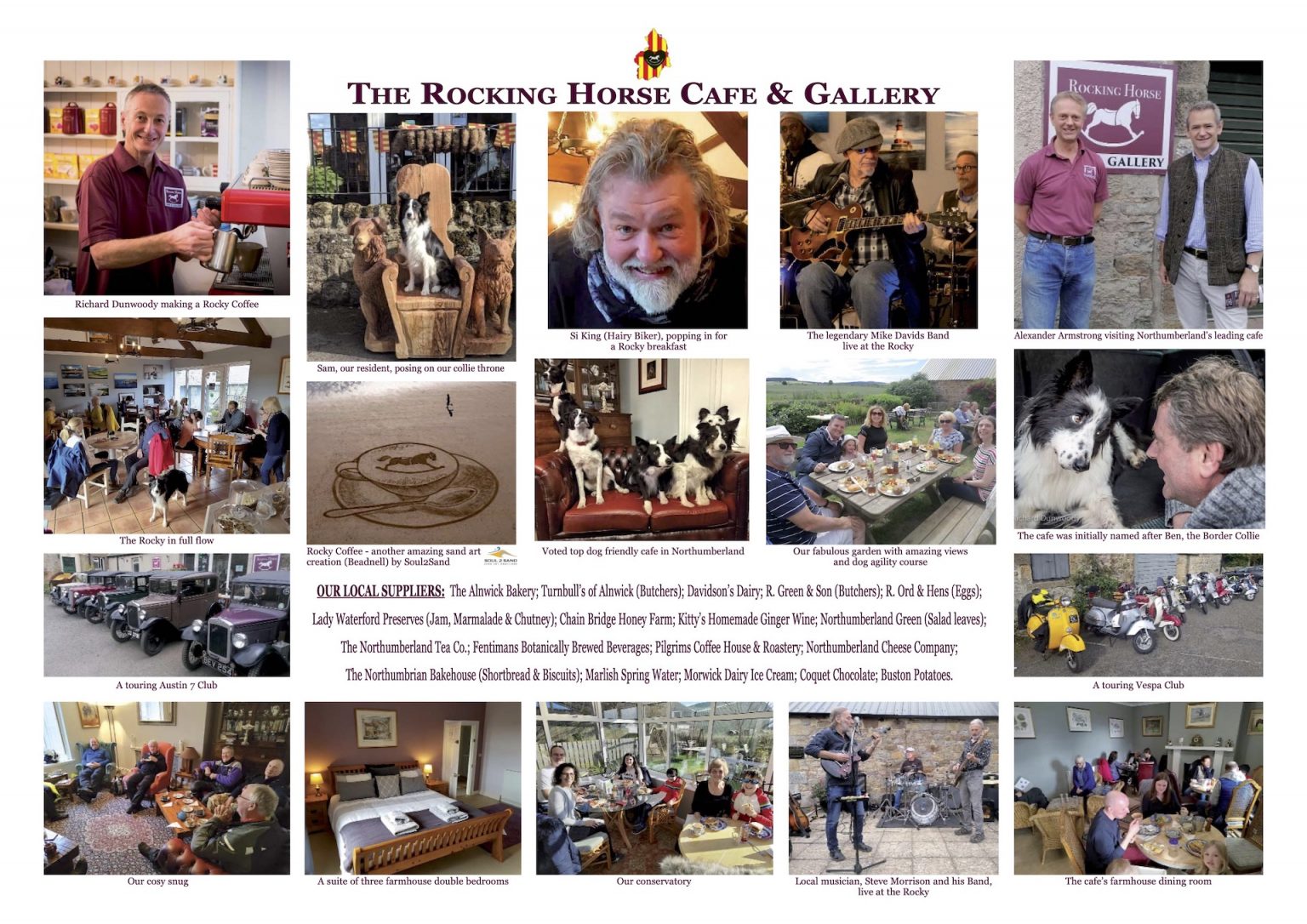 A great cafe just half mile off the A1 in lovely country setting approx 6 miles North of Alnwick. It is very welcoming and the staff are so attentive and the food is locally sourced .The english breakfast was one of the best i have had. The atmosphere is very relaxed.I will certainly visit again. TRIPADVISOR February 2020
We called in here on our trip from London to Edinburgh and had such a great time. The service was personal and attentive and the food and coffee were both large and tasty. Such a cute spot. TRIPADVISOR February 2020
Lovely coffee, and the softest bread I think I’ve ever eaten. Super friendly and cosy - definitely recommend! TRIPADVISOR February 2020
Previous
Next
Previous
Next